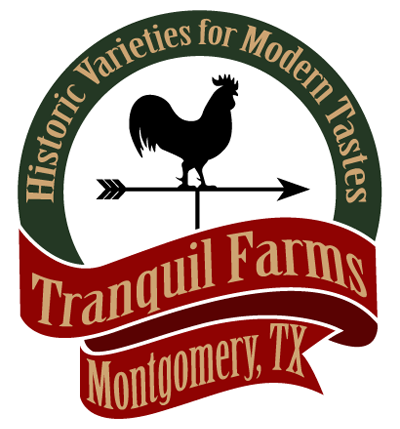 Pork, the other RED meat!

It's the First Day of Summer, and a big day down here on Tranquil Farms! We've got an absolutely darling litter of pure bred Red Wattle piglets weaning and going to their new homes. Most of these babies will grow up to fill folks' freezers in time to make spectacular Christmas and New Year's Roasts! A select few will make the grade to proudly reproduce their rare and critically endangered breed into the future as Red Wattle Breeders!  (http://houston.craigslist.org/grd/4517965792.html)  As some of you may know, we are not only farmers, but also homeschoolers and historical reenactors.

The confluence of the three is fascinating. For example, we've learned that historically, folks in the South lived on "Hog and Hominy", and considered cattle to be "money in the bank". Having raised and eaten both, we better understand this concept. Pigs and corn grow quite well in our heat, but wheat...not so much. Pigs' gestation is just under 4 months and produces 10-15 piglets twice a year, so there's always more pork in the pipeline. Cows take 9 months to make a baby, and those calves aren't "productive" of meat or new babies until they are roughly two years old.  So, pork just out compete's beef for putting more awesome meat on the menu!  And these pastured pigs are hearty, healthy and the other RED Meat!  Order your meat or breeder pig now at staff@tranquilfarms.com!